The transformation of music and movie retail and rental stores 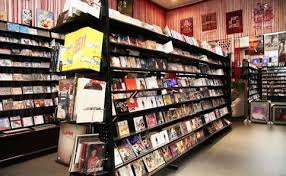