ZOOM- A remote communication platform that is connecting the virtual world 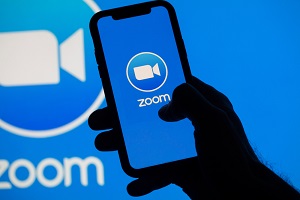