US ethanol industry, exports to drive the growth with saturation in the domestic market 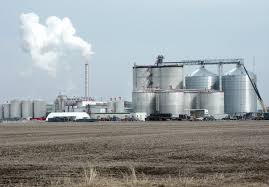