UK economic fallout amidst the Covid-19 pandemic: Is the worst behind? 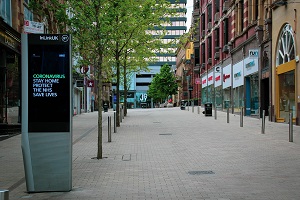