Smartwatch vs. luxury watch, the battle for premier time 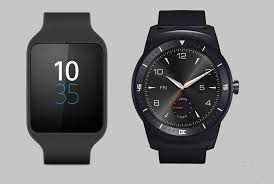