Rise of e-waste in Asia 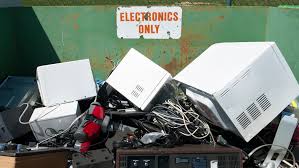