Inorganic growth in the gold mining industry, led by biggies and followed by small players 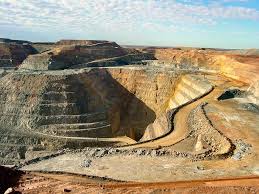