Iconic Hamleys is now a Reliance baby. What is the Indian giant’s plan for its retail business on global turf? 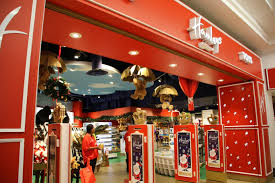