Household electric appliance manufacturing, the key players and their vigour to balance costs and returns 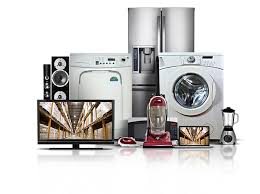