Museums and galleries, the jewel in the British crown 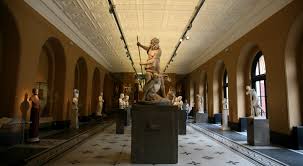