INFRASTRUCTURE SECTOR IN INDIA: AN ANALYSIS 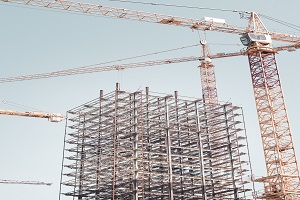