FedEx decides against the renewal of FedEx Express contract with Amazon 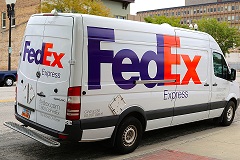