With industrial conglomerate DowDuPont ultimately finalizing its split – is it a further indication for the end of the conglomerate era? 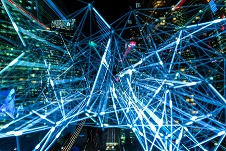