Enhancing operational efficiency through warehouse automation, the present and the future 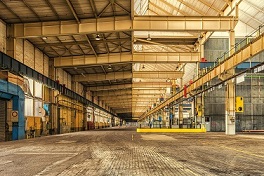