Asset light model in the restaurant industry, a comparative analysis of the impact and the performance of fast food and casual dining restaurants 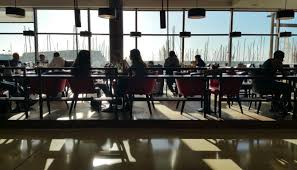